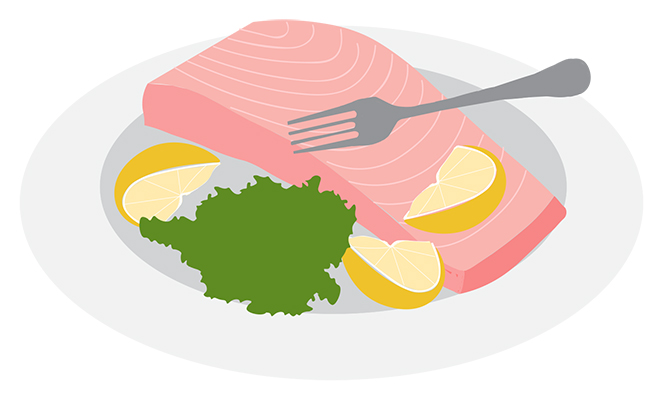 I pressed my palm to the edge of the table and stared across the room impatiently. The host lingered at his booth, head down, finger gliding across the iPad that controlled the restaurant’s seating. An older woman with shoulder-length gray hair sat, legs crossed, at the bench in the entryway. She was reading what appeared to be a trashy romance book. I wondered idly who she was waiting for – if anyone – and if, perhaps, she was trapped in the same situation as I. From my viewpoint, with tables between us, she seemed so calm, far from indulging in my nervous antics – tapping a foot aggressively against the dark wood floors and tracing a finger, back and forth, along the top of the water glass.

Maybe ease comes with age, so I shouldn’t be ashamed at the fact that I, on my first blind date ever, feel as if worms are crawling through my intestines and skittering along my skin. Fidgeting endlessly with the silk cardigan draped over my arms, I couldn’t decide if I was shivering or drowning in a pool of sweat. My hair refused to hang gracefully, so I adjusted it every second – behind my shoulders, then to one side and back again. The neckline of my dress – plunging, as selected by my two roommates who insisted it was both classy and inviting – seemed to be covering only one half of my chest.

It was that feeling – that uncomfortable, frustrating mood where everything is unbelievably annoying because the real root of your worries is out of your control. That was all I could manage to think about in this moment. Throwing my head into my hands, I closed my eyes and attempted to breathe steadily, just like they had taught me in the singular yoga class I took four years ago. Gradually, and miraculously, some semblance of calm rushed through my veins.

My head sprang up. Standing across the table, behind the chair matching mine, was a stranger. But an appealing stranger – tall and slim, face slightly scruffy (in the intentional, sultry way) and hair tousled nonchalantly to the side. His chest was covered by a fitted green button-down, cuffed at the elbows and tucked into a pair of standard black pants.

“You’re Abi-Abigail, right? The host,” he gestured, slightly haphazardly to the front of the restaurant, “said that you said that you were waiting for the blind date…” His brow furrowed as he trailed off.

“Oh…” My words felt like they were on the tip of my tongue but couldn’t cross the barrier of my lips. Instead of speaking, I decided to spring up from my seat, knocking my knees against the table in the process. “Yes, me! Yes I’m the blind date. Abigail. Yes. But yeah, I prefer Abi. Oh my gosh. Carson, right?” I shoved my hand toward him, preparing for a courteous greeting – probably not the most romantic gesture. “Hi.”

At this, his eyes warmed. The nerves that seemed to build up in the creases across his forehead relaxed, and he smiled at me as if I was an old friend, reuniting after years apart. “Abi. Yes, I’m Carson. It’s so nice to meet you,” he chuckled at this and placed his hand in mine. I couldn’t tell if he was amused by my general demeanor or the fact that I was greeting him as a future employer instead of a potential partner.

Shaking my head, I laughed, realizing just how embarrassing this whole situation was. “I’m so ... just sorry, about that. I’m so nervous, obviously.”

“Well, I’m not surprised, because I am too. A lot.” He glanced down at our hands, still entangled, and his grin stretched even further. “Should we sit down?”

“Yes, oh my gosh, yes,” quickly – because I can never do anything elegantly – I shoved myself into the chair. He followed suit, but in a smoother manner, even though he had to pull the chair out. As he moved, he kept his right hand in mine, which only magnified the butterflies in my bubbling stomach.

“So…” I began, directing my eyes away from his, and toward the menu that I had already read countless times. “Do you like fish?” Of course, the first words out of my mouth, besides a mere hello, were about seafood. And at a fancy steakhouse. Obviously I was eyeing the lemon crusted salmon more than I should.

“Mmm actually yes, a lot. But I have to tell you something,” his eyes averted, his smile now sheepish. “I thought it’d be weird if I invited you to a steakhouse and then ordered the salmon.”

I clinched his hand and my eyes widened. “No, but same! I was actually worried that it would be weird too. But I love salmon. I also like steak, but salmon – that’s my jam.”

“You kill me,” he ran his fingers slowly across his chin as his eyes locked into mine. In one way, it felt as if he was sizing me up. In another, it seemed that he already knew more than I had let on. “Jenn didn’t mention the love of fish.”

“I’m going to make a wild guess and say that there are a lot of stupid things about me that Jenn didn’t mention,” I laughed, partially out of irony, and partially out of attempted flirtiness. Perhaps it worked, because his grin widened.

“Is it too early to tell you that I’m already interested to discover all of your so-called ‘stupid things’?”

Lacing my fingers deeper into the empty spaces between his, I leaned in, my chest pressing against the edge of the table. “No not at all. I feel the same.”

I’ve never been one for “chemistry” or “sparks,” but in this moment, skin to skin, eye to eye, it felt as if the whole restaurant had disappeared, and it was just us two, floating in limbo, held together by infinite volts of electricity. I couldn’t tell if I wanted to kiss him or know every detail of his life story. He was drawing me in physically – the angle of his cheekbones, the small dimple on the left side of his lips, the veins apparent on his forearms. But there was a pull of something beyond our bodies, as if our souls were intertwining, like our hands, across the table, in a crowded steakhouse, on a Friday night.

His foot now grazed the tip of my open-toed heels and my breath hitched, just a bit. Any movement by him was reflected in my own body language. Had Jenn expected this instant connection? I never pegged her as an extraordinary match maker. When she said it was a date with one of the brothers of her roommates, I was reluctant at best, expecting someone either too young or too old, more socially awkward than I am, or perhaps too flighty to maintain a relationship. Instead, sitting in front of me was the ideal date, someone I hadn’t even dared to imagine.

His voice, raspy in just the right ways, rang out calmly, “Your skin is soft,” he moved his fingers further up my wrist. Adjusting his other hand to press mine into the table, he spread my fingers apart, as if he were preparing to play the game where you stab a knife in the open spaces in between. Instead, he stroked cautiously with the tips of his nails, grazing my skin so slightly that all I felt were goosebumps accumulating endlessly, everywhere. I smiled and moved my other hand to rest on his. To everyone else in the restaurant, we must have looked like a long-term couple and not just a blind date embracing their first moments in each other’s presence.

“Can I say something silly?” I whispered, not realizing how close my head was hovering to his until I could almost feel my breath touch his lips.

“Carson, you make my heart beat faster than I thought was humanly possible.”

His eyes lit up, like multicolored fireworks, and an amused smirk crossed his face. “That is really adorable,” he spoke each word as if it carried the weight of the world, and I hung on desperately to every syllable. “You, in general, are so adorable.”

My heart leapt from my chest and my teeth sunk immediately into my bottom lip. I couldn’t find words. I wasn’t even sure they existed anymore. But somehow everything in the seconds following his statement built up my confidence. I immediately moved closer, my lips against his ear, his cheek against mine, and I murmured ever so softly….

I looked up, lifting my head from its place in between my hands. The restaurant was empty – every table cleared, each patron long gone. I glanced at my own set-up – indents in the tablecloth from where my elbows had rested, and two water glasses, both full and melted with no ice in sight.

The host, positioned awkwardly to my left, smiled hesitantly while his eyes darted between the vacant seat across the table, and the door, avoiding contact with my empty expression.

“Thank you,” I whispered, quiet but polite, and raised myself from the cushioned seat. I ran my finger across the top of the glass once more, before putting on my coat and heading out the door.